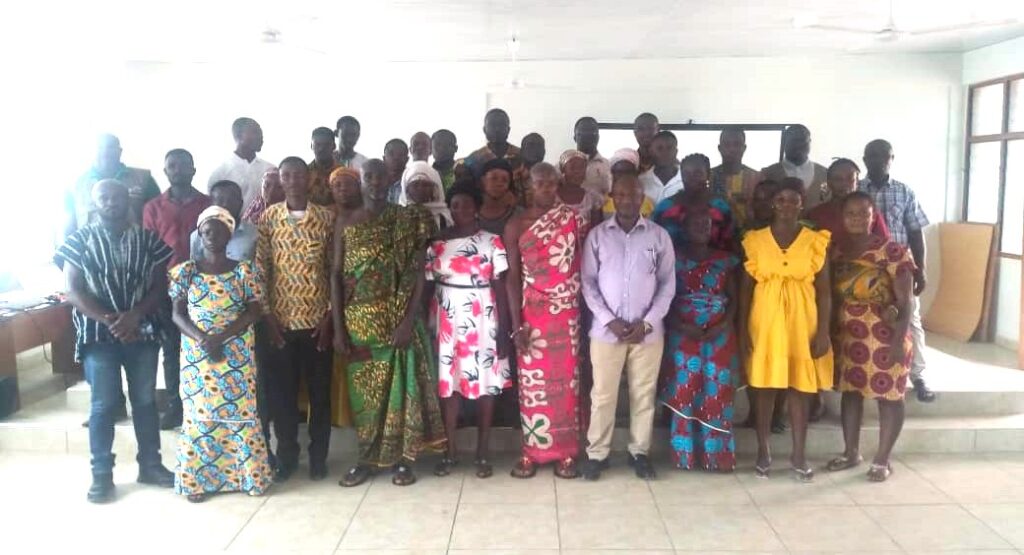 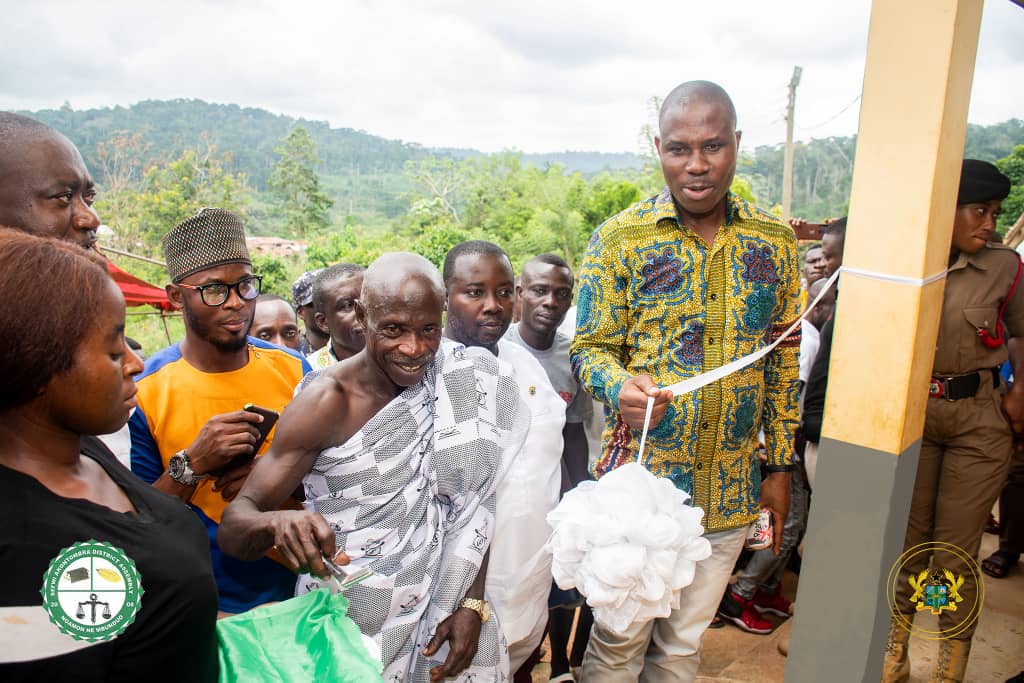 Earlier today, 12th August 2022, the Sefwi Akontombra District Assembly commissioned a Community Based Health Planning Services(CHPs) compound at Wansampo Community. The facility which was “Self-Help” initiated and was partly supported by the Assembly, commenced in 2019. Addressing the gathering, the Member of Parliament for Sefwi Akontombra Constituency, Honorable Alex D. Tetteh noted the challenges […] 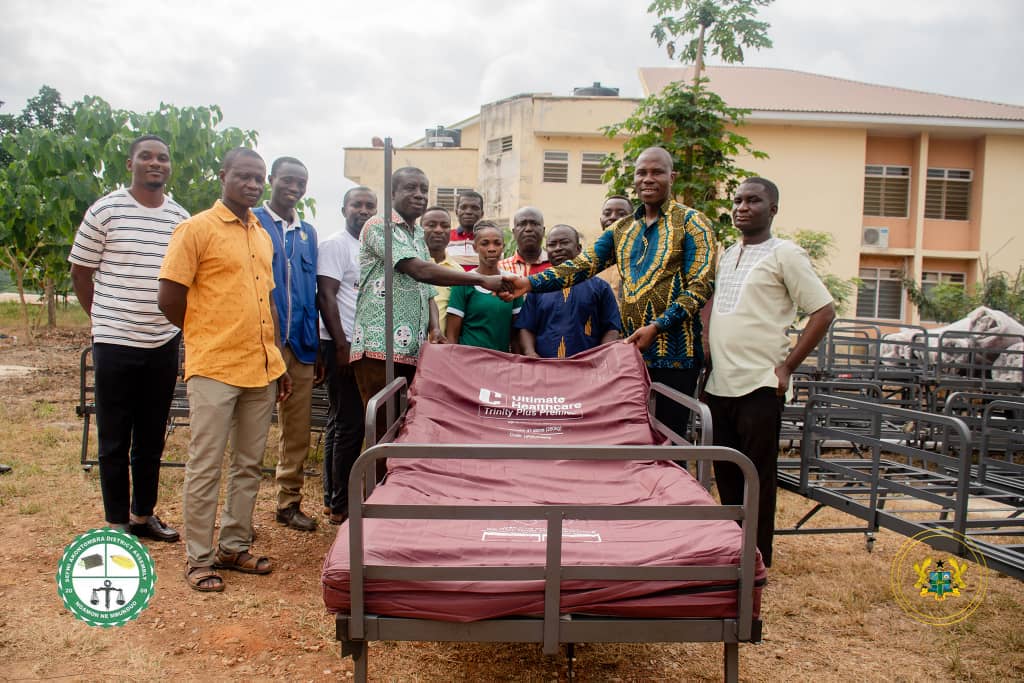 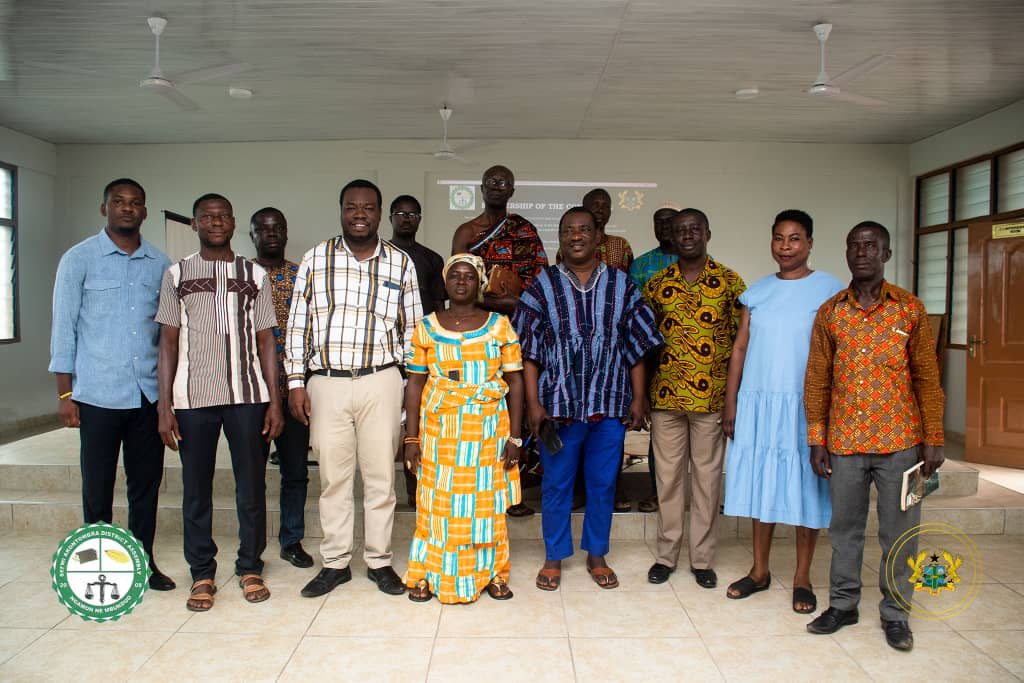 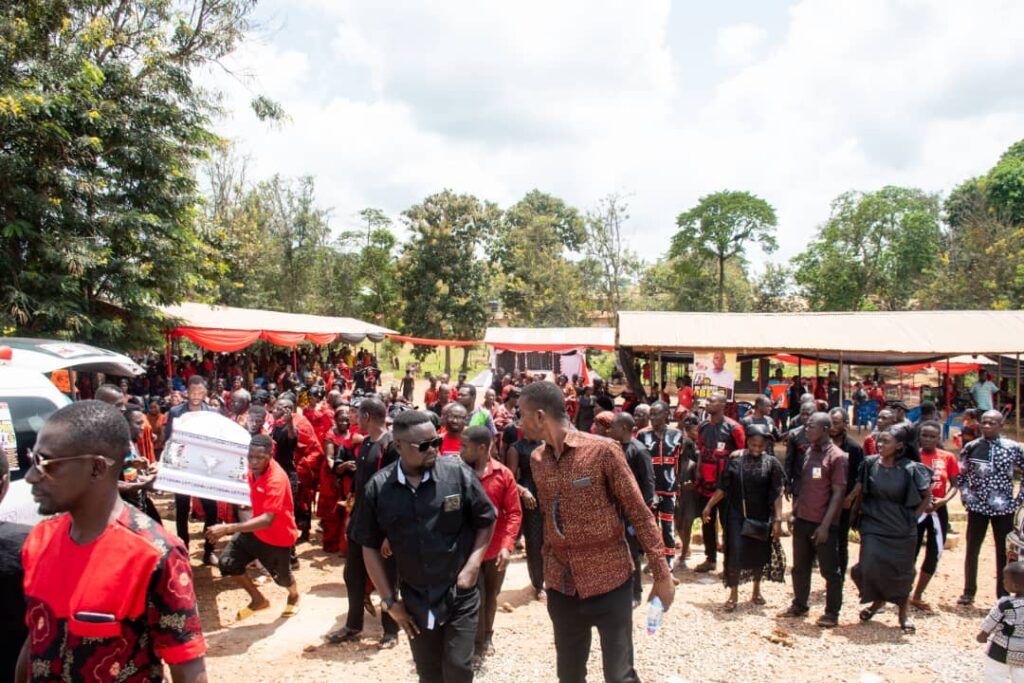 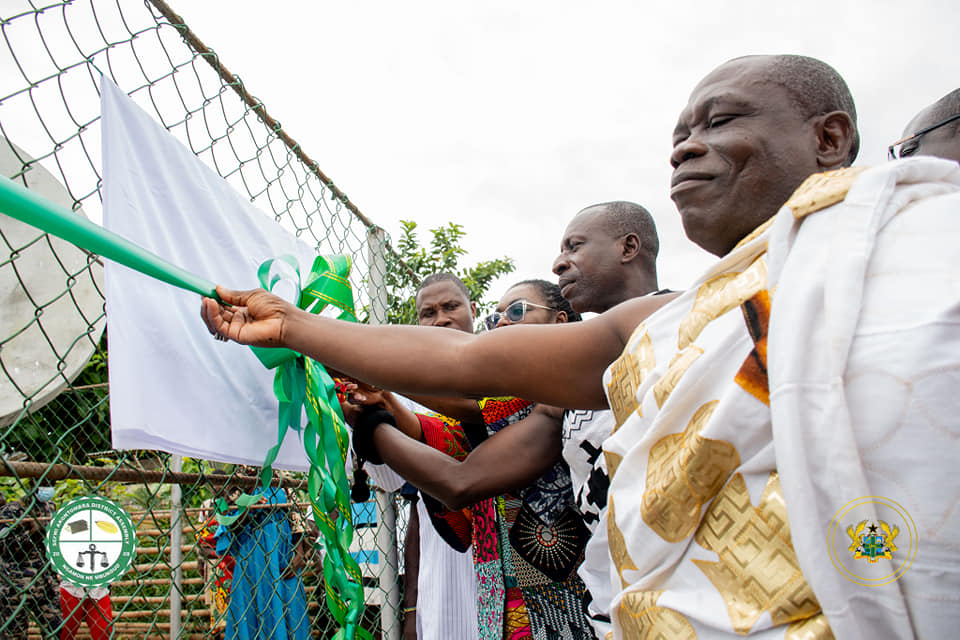 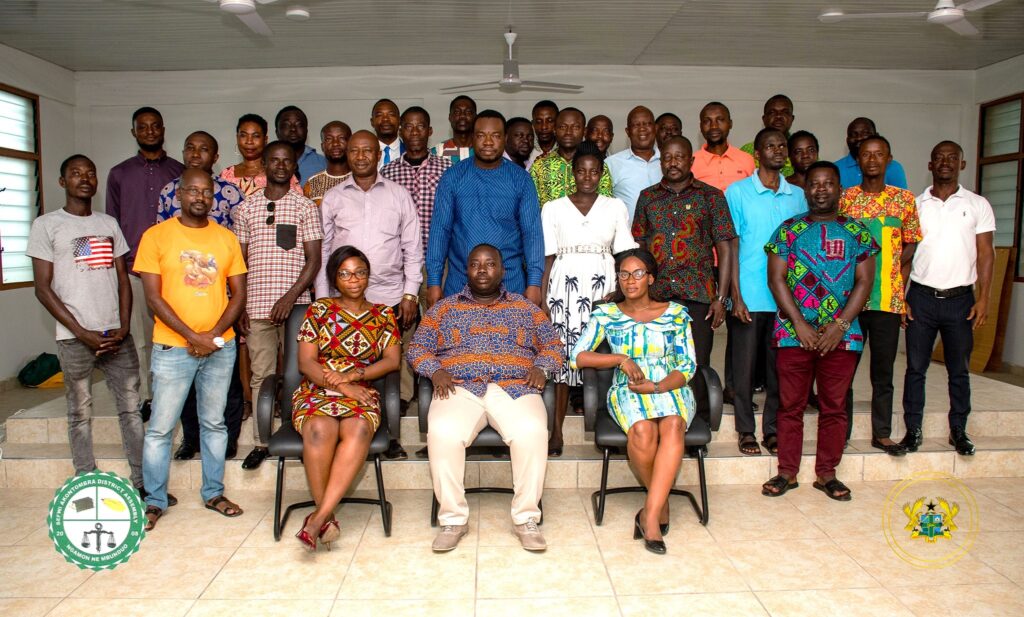 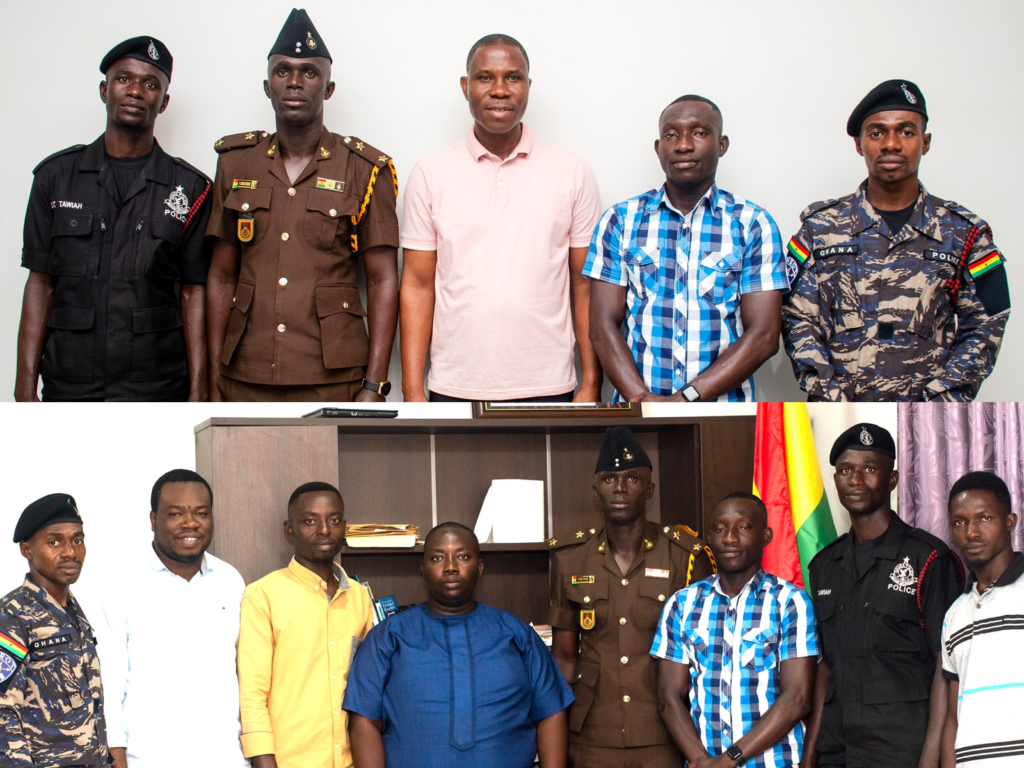 Following their passing-out from training at the Ghana Police ,Prisons, Immigration and Fire services, some newly recruited Officers from the district paid a courtesy call on the Hon. DCE to extend their appreciation to him and the Member of Parliament for their efforts in getting them into the services. In total, thirty-eight(38) persons from the […] 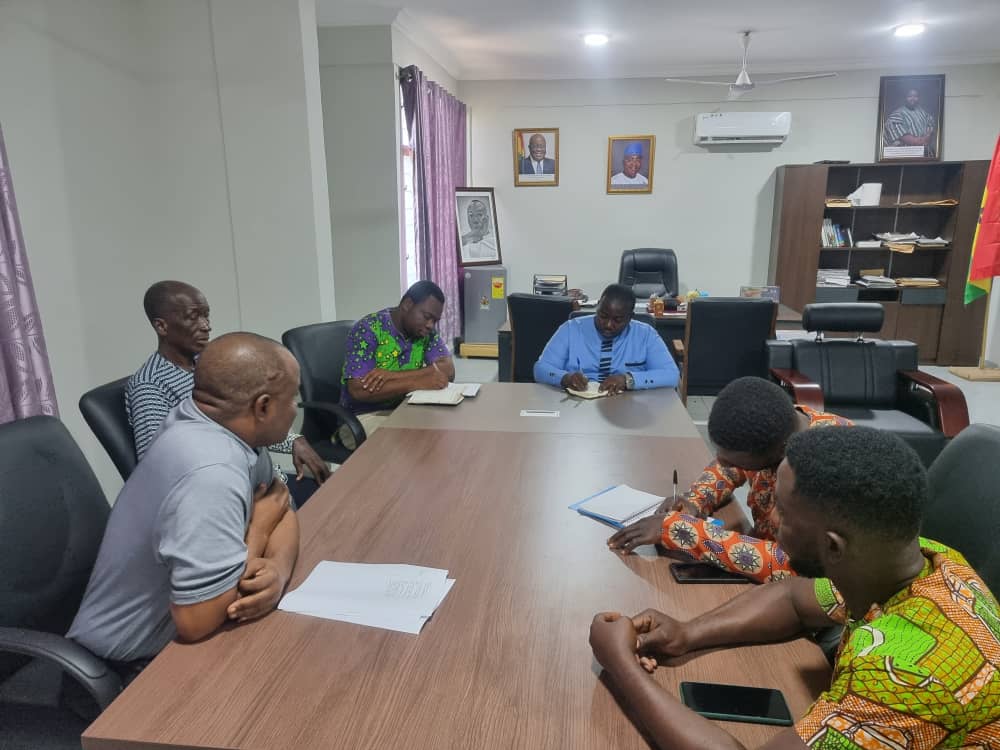 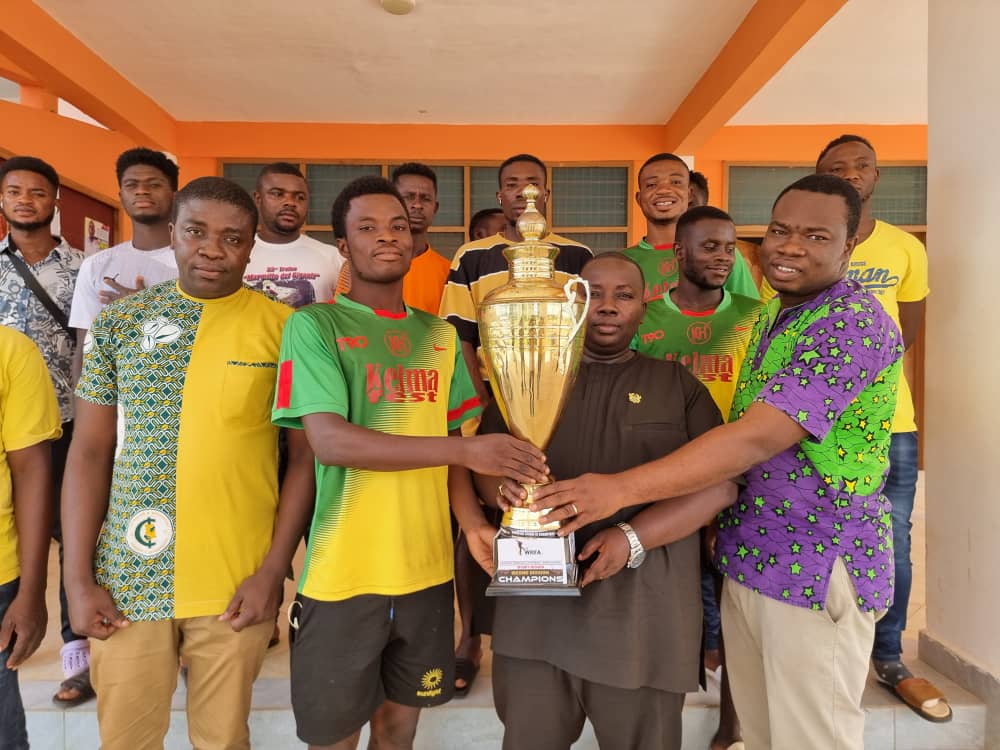 Following their qualification into the 1st Division of Ghana’s Premier League, Sefwi Juaboso All stars led by the C.E.O-Christopher Akobila, Coach- Cosmos Amankwa, and Team Captain- Abila Kennedy, earlier today paid a courtesy call on the DCE to present their middle league trophy. Hon. Yawson Amoah(DCE) accompanied by the DCD and DFO received the delegation. […]