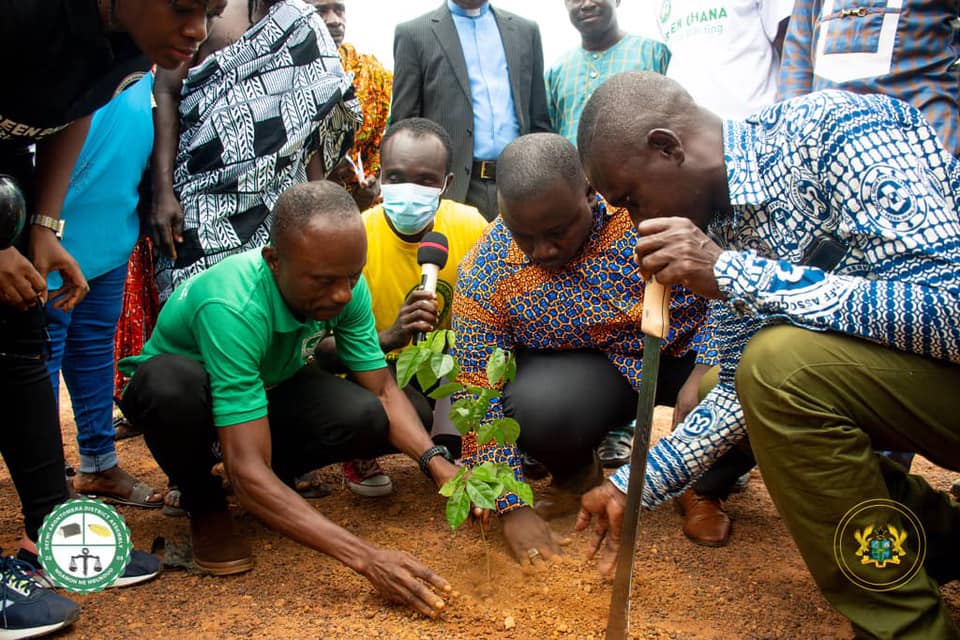 The Green Ghana Project, an initiative by the NPP Government was launched in 2021 as part of efforts to combat the sharp decline of the country’s forest covers. The project seeks to create a collective action toward the restoration of degraded landscapes in the country, mitigate climate change and inculcate in the youth the values of planting and nurturing trees and their associated benefits.

The second edition themed, “Mobilizing for a Greener Future” was celebrated nationwide on Friday, 10th June, 2022. Joining the celebration, the Sefwi Akontombra District Assembly in collaboration with the Forestry Commission held a durbar at the Nsawora Durbar grounds to commemorate the event.

In his welcome address, the Chairman expressed gratitude to the District Assembly and the Forestry Commission in choosing the community as host for the event. He highlighted the benefits in the planting of trees and called on the support of the citizenry in making the project a successful one.

Addressing the gathering, the Hon. DCE highlighted Government’s vision to plant more trees to reclaim degraded lands as well as to trigger national awareness on the necessity for collective restoration of landscapes and the nurturing of trees. He stressed that the project had largely been successful in its first year and thus it was necessary for all to fully participate in its continuity.

He pointed that over a decade, the rapid decline in trees by certain human actions contributed to climate change. The situation posed serious threats to human existence and therefore it was incumbent on all stakeholders to be involved in the exercise to protect the forest covers.

Speaking for and on behalf of the Forestry Commission, Mr. Felix Ansia lauded Government for the initiative. He noted that the project would help in the mitigation of climate change and also beautify the environment. He revealed that across the country, a total of 20million seedlings were being planted for the occasion. He mentioned that 400,000 seedlings which comprised Mahogany, Odum, Ofram, Militia, Coconut, Mango and oranges were going to be planted in the Sefwi Wiawso Forest District.

In his concluding remarks, he encouraged the citizenry to nurture the trees being planted in order to complement governments efforts in protecting the forest covers.

The District Officer, YEA, Mr. Yaw Poku expressed the Agency’s readiness to support the project. He however decried the delays in the payment of their commissions and the unavailability of logistics to support their work. He pleaded with the government to as a matter of urgency improve their working conditions in order to ensure the successful implementation of the project.

PICTURES FROM THE OCCASSION 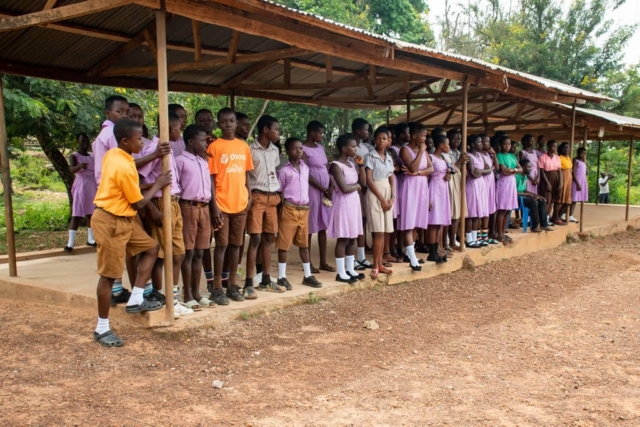 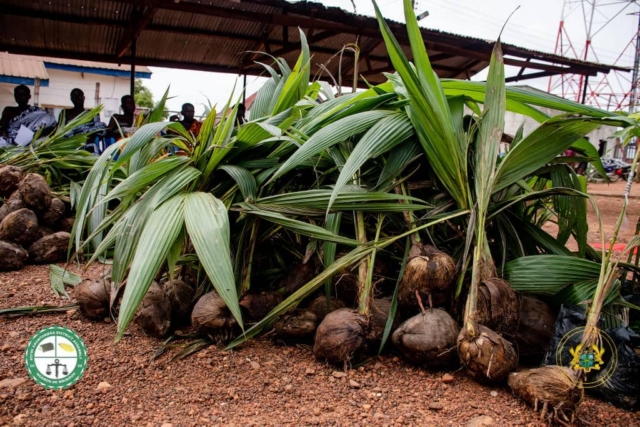 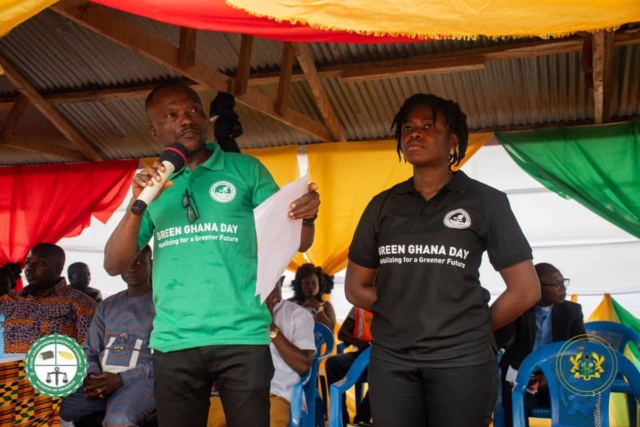 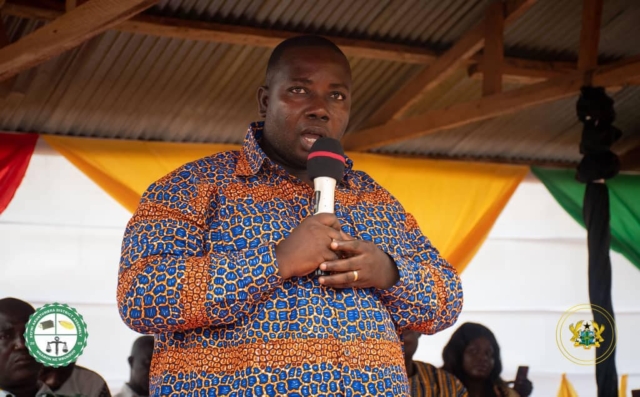 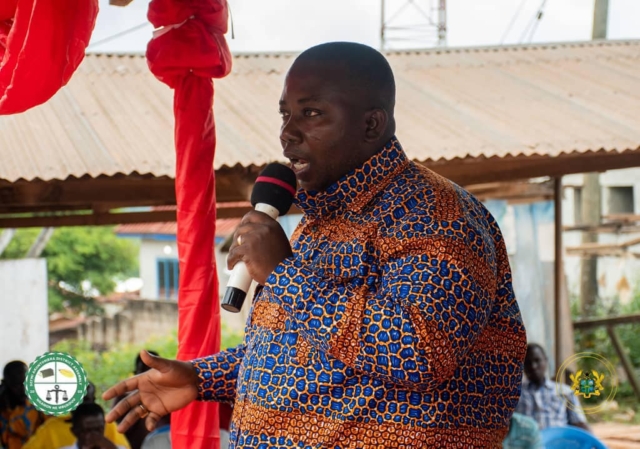 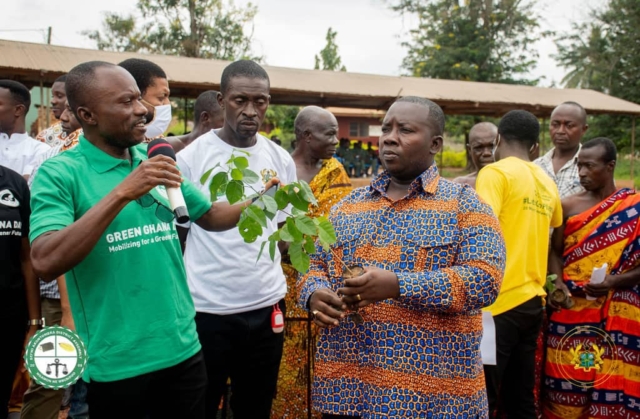 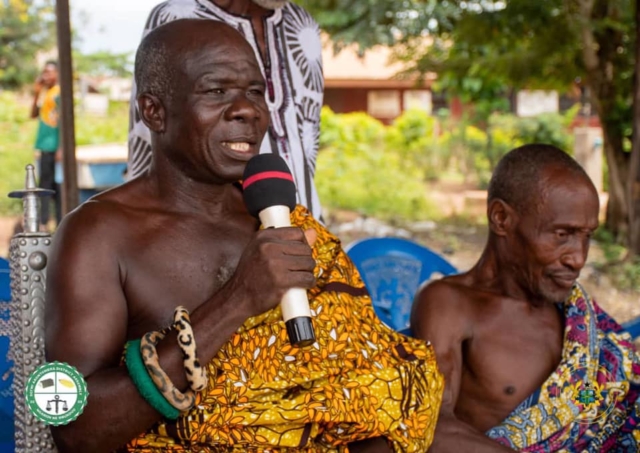 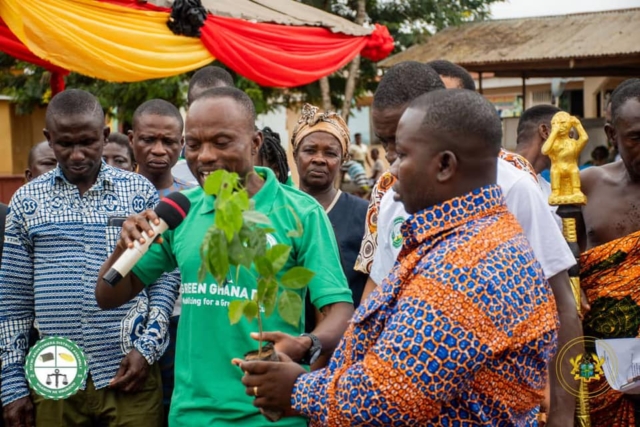 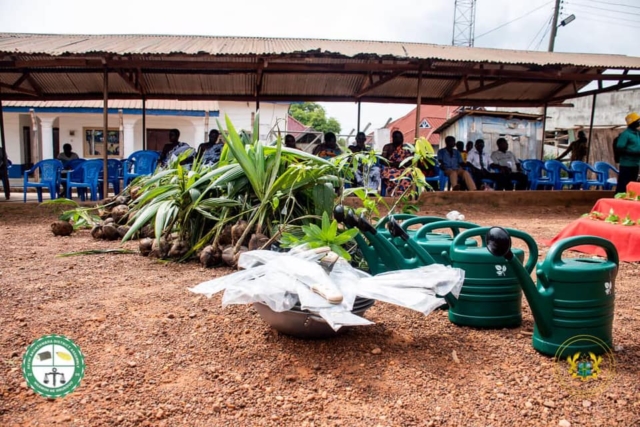 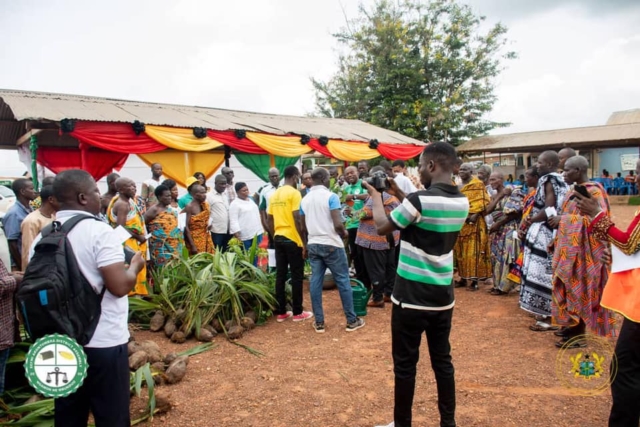 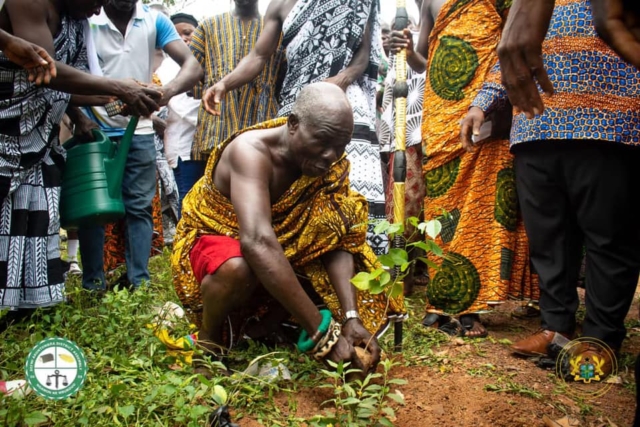 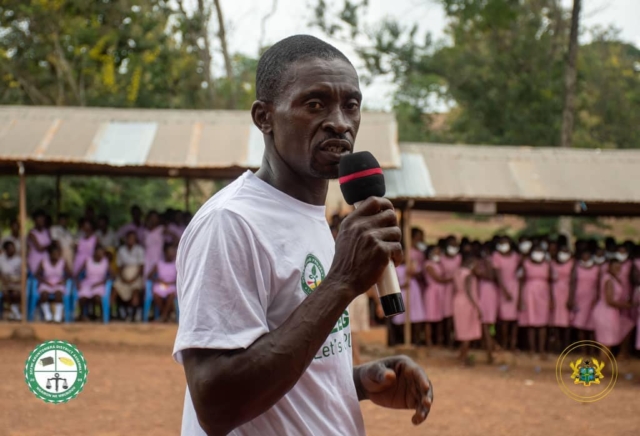 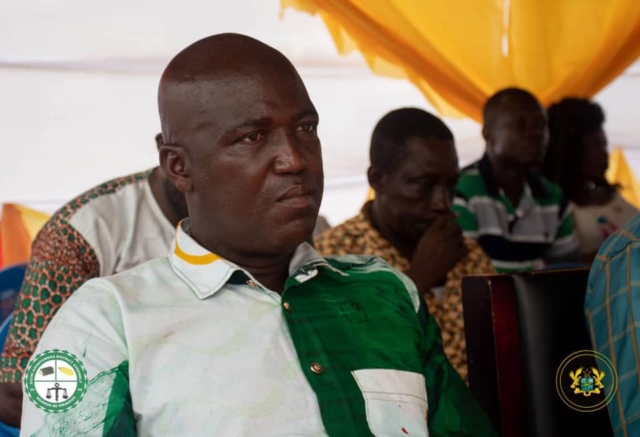 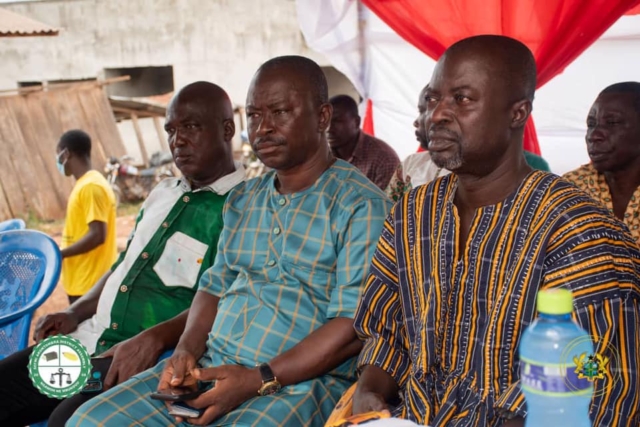 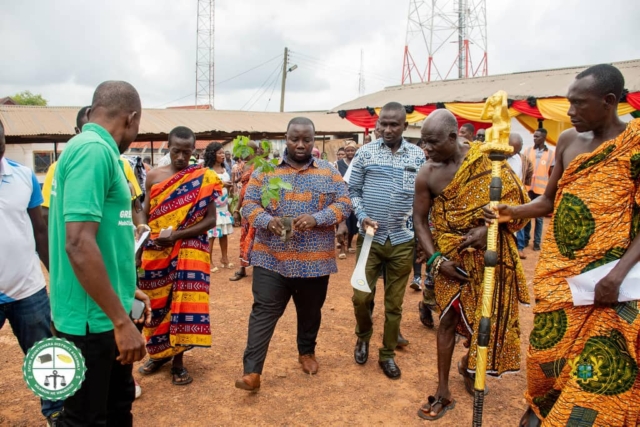 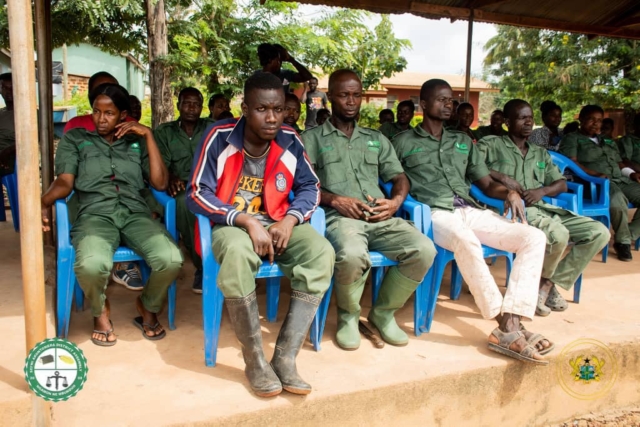 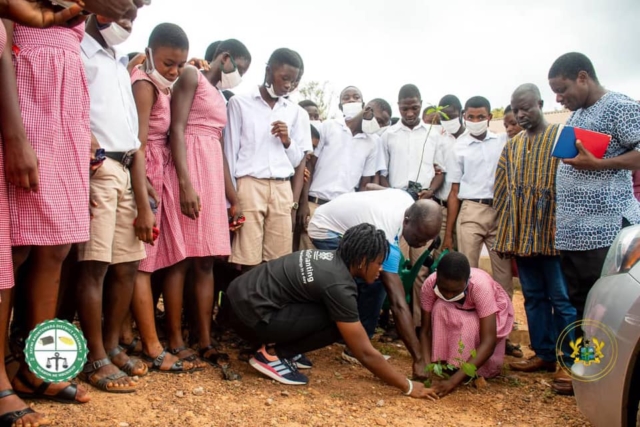 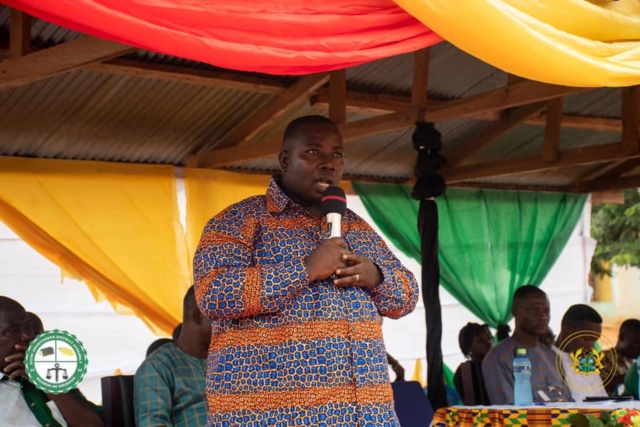 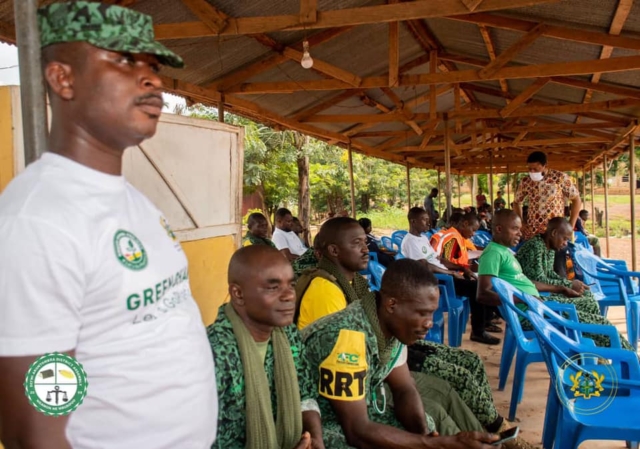 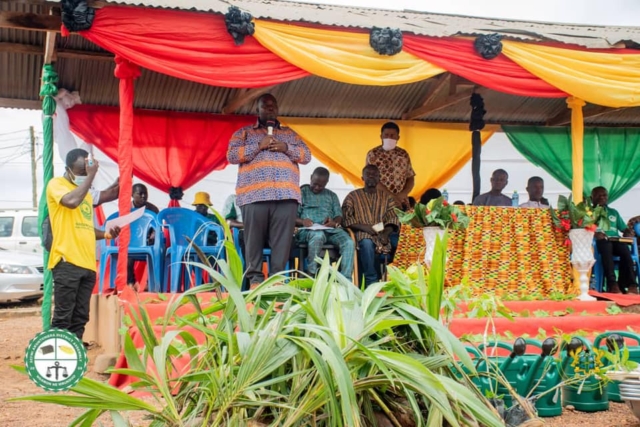 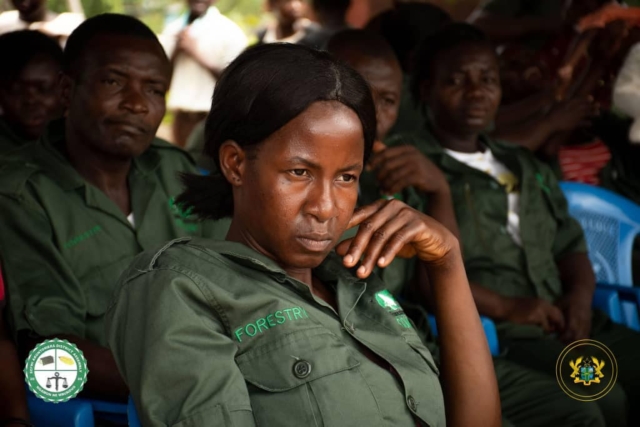 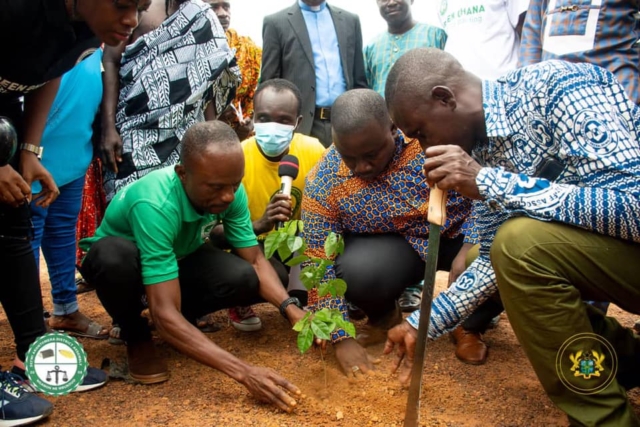 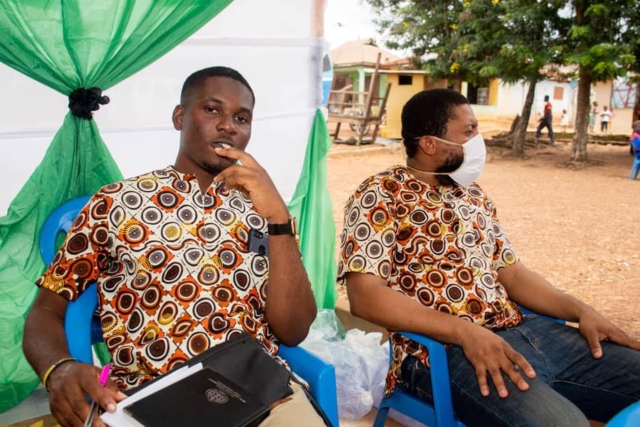